Colin Powell Emails Expose His Opinion on Racism in the GOP 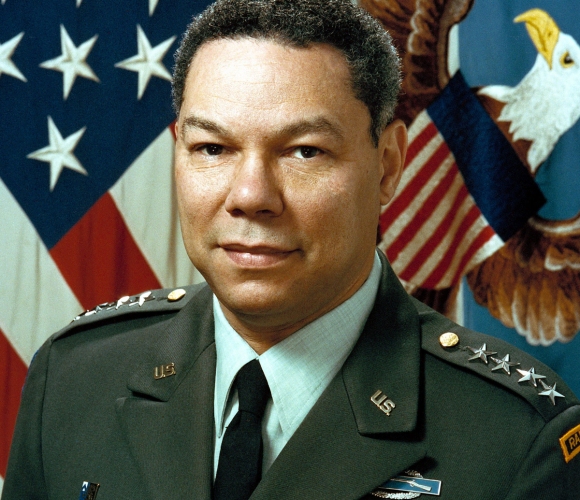 For years, Colin Powell has been one of the Republicans used as an example of how the GOP simply cannot be racist.  How can we be racist when Colin Powell thinks we’re cool?

Well, this week, DCLeaks.com has released a batch of personal emails from the Former Secretary of State and retired four-star general.  In these leaked emails, Powell let’s some real talk fly.  He gives his opinion on the Republican Party as a whole…

In an email from May of this year, with the subject line “racism,” Powell reiterated a position he had taken in that past, writing, “Or as I said before the 2012 election, ‘There is a level of intolerance in parts of the Republican Party.’” – BuzzFeed

But some of the most biting comments from Powell are directed at the 2015 Republican Candidate for President…  Donald Trump who he refers to as “a national disgrace” and an “international pariah.”  Ouch.  BuzzFeed News also gave us a few other tasty bits…

“Yup, the whole birther movement was racist,” Powell wrote. “That’s what the 99% believe. When Trump couldn’t keep that up he said he also wanted to see if the certificate noted that he was a Muslim.” – BuzzFeed

And in a December 2015 email to CNN anchor Fareed Zakaria, Powell recounted his aversion to speaking about Trump to the press, writing, “You guys are playing his game, you are his oxygen. He outraged us again today with his comments on Paris no-go for police districts. I will watch and pick the timing, not respond to the latest outrage.” – BuzzFeed

Check out more on BuzzFeed here and NBC News here.

Donald Trump isn’t a racist.  You can take his word for it.

Donald trump is back to letting everyone know how he’s not a racist.  It’s all the media spinning his comments into racist sounding rhetoric.

On September 15th, 2016, the Detroit News posted an article about the interview which can be found here.

Republican presidential candidate Donald Trump told a black Detroit pastor he’s the “least racist person you have ever met” during an interview filmed at an African-American church on the city’s west side.

Bishop Wayne T. Jackson, pastor of Great Faith Ministries International Church, promised before his much publicized interview with Trump that he would confront the New York businessman about the perception that he’s racist.

“Are you a racist?” Jackson asked Trump in the Sept. 3 interview that aired Wednesday night on the Impact Network.

Some of the notable quotes include…

“They say — so many of my friends who are black — they say ‘You are the least racist person,’” Trump said.

That should clear everything up for us all.  And what is Trump’s plan for helping the inner city population of Detriot?

“My policy’s jobs, and I’m going to be a cheerleader for the country,” Trump said.

Not sure that’s a policy or just more rhetoric but but hey…  It is what it is.

Check out the full article here.

Republicans are doomed: How the GOP’s cynical election strategy is imploding

As Donald Trump enmeshed himself in a bitter fight with the parents of an American Muslim military hero — and Paul Ryan, Mitch McConnell and John McCain looked to put distance between themselves and their party’s presidential nominee — there’s actually worse news for Republicans.

Several important court victories for voting rights since Friday could dramatically remake the campaign for Congress and the White House, and this time, GOP leadership may have a harder time distancing themselves from un-American tactics.

When an outraged 4th Circuit Court struck down several North Carolina voting restrictions on Friday — including a stringent voter-ID provision, tough limits on early voting and an end to same-day registration — the panel of federal judges wrote that these “new provisions target African-Americans with almost surgical precision.” The judges stopped just short of calling the Republican legislators who crafted the laws racist, but condemned the racist result in unusually direct language. “We cannot ignore the record evidence that, because of race, the legislature enacted one of the largest restrictions of the franchise in modern North Carolina history.”